Tesha Hailey of Calhoun City hopes to pass down a tradition of her grandmother, Carol Parker, with her recipe of Birthday Party Punch.

Hailey said Parker, who has had the recipe forever, made the punch for all of her birthdays, and she hopes to serve it at all of her children’s, too. She also frequently makes it for baby showers.
Tesha has always liked to cook, and started baking brownies and cakes when she was 10 or 12 years old. She would “have the gist of how to make something by watching, and then just try it. There was a lot of trial and error,” she said. 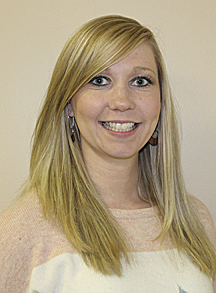 She also learned a lot about cooking from both of her grandmothers, Parker, and Ann Mulkey, who believe in using iron skillets and a Dutch oven. Cornbread, Chicken Salad and Chicken Dumplings are some things she wants to make like her grandmothers, and she has tried the dumplings quite a few times.
She and husband Jonathan, and children Addi and Kipper, join the Mulkey family in Bruce every Sunday for lunch, something they’ve done for the past five years.

“Everybody brings a dish–we’ll eat anything!” she said. Her favorite contributions are blueberry cobbler, spaghetti or corn salad.
She looks at cookbooks quite often, but she loves Pinterest. She likes to try new things, but says her husband doesn’t like for her to because he prefers what he likes. Some of her family’s favorites are meatloaf, upside down pizza, and baked spaghetti.

She has recently gotten pretty good at making pecan pies and made several for Thanksgiving and Christmas, but has temporarily given up on chocolate pie. She also says she has finally gotten boiled cookies down pretty good, too.
Zucchini bread is also a recipe from her grandmother Parker; Cheeseburger soup is a family favorite, and the Fat Man’s Delight is something she makes for the holidays.