“Best Brownies are a lot of trouble, but good,” said Laura Bryant Baker of Pittsboro. She got the recipe from Lois Schibler of Oregon, while on a mission trip there.

During two mission trips and a vacation visit in Oregon, Lois did a lot of cooking for them at her house and she began sharing recipes with Laura. Lois, who is big on food presentation, also sent Laura a binder full of her recipes that she had made for several people for Christmas gifts.
Laura’s favorite thing to make is sweets, especially chocolate. “If it has chocolate in it, Mary Katelyn (daughter) and I will just about eat it,” she said. Anything chocolate is her favorite, saying she can’t resist it. 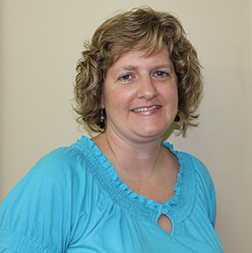 She learned to make Christmas candy by helping her grandmother, the late Helen Howe. She makes Martha Washington and orange balls like they did, and also makes fudge, peanut clusters and the sugared pecans. The pecans “are very good,” said Laura, and Mary Katelyn agrees “they are!”
She likes to make the sweet potato gooey bars to take to others, and also to the courthouse when court is in session. The squash dressing and BBQ meatballs are two of husband, Carlton’s, favorites.

She puts up and cooks a lot of vegetables, and Mary Katelyn’s favorite is fried okra. To put okra up in the freezer, Laura’s mother, Kathryn Bryant told her to fry it like you normally would, lay it out in a single layer to cool, then bag it up and freeze it.  “It’s as close to fresh as I’ve had,” said Laura.

Laura didn’t cook much when she and Carlton first married, but said cooking came pretty easily later. She cooks vegetables like her mother, and she likes to try new recipes occasionally, but changes them up to suit her. She uses less salt and butter to everything “if she can get by with it,” she said. She usually gets her recipes from cookbooks, newspapers and magazines.
Laura would like to learn more about canning and to make dressing. Her favorite cobblers to make besides chocolate, are peach, pear, blackberry or plum.