“To me, a recipe is just a suggestion,” said Carmon Miller of Calhoun City, and she doesn’t really cook by them. But she has a ton of cookbooks, so many she “needs to quit buying them,” she said, adding that the old ones are her favorites.

She has always enjoyed cooking, and  being in the kitchen with her mother and grandmother, who were instrumental in her learning to cook. So in college, she had a new experience from their cooking, because she was introduced to Ramen noodles, hamburger helper and not-homemade banana pudding. 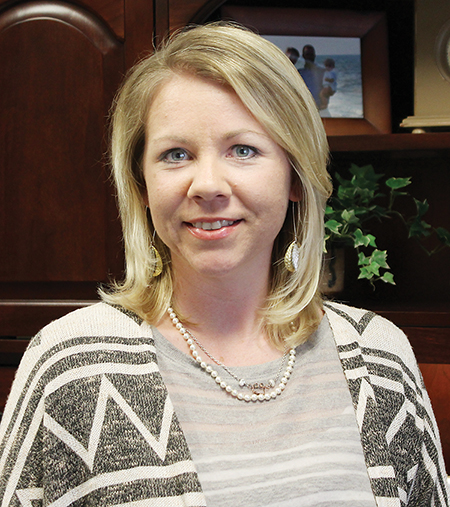 Carmon is a vegetable eater. “We live out of the garden in the summer.” Most any raw vegetable she will drizzle with olive oil, sprinkle with salt and pepper, and grill or roast it. They have a garden in which they plant bell peppers, jalapenos, lots of cucumbers (which she just pickled for the first time), lots of tomatoes, squash, zucchini and okra (which she likes to roast in the oven). She even roasts and grills cabbage. She slices it to roast it in the oven, and cuts in wedges to grill. She recalled growing up picking butterbeans and purple hull peas, and shelling them while watching movies.

About her recipes, she says the cashews are really good and she likes to fix them for showers or church– “an easy recipe, that fancies up the cashews.” She loves the pasta recipe because it’s so versatile. “You can use as much or as little onion,  and multi-colored peppers. It is super simple and even better if it sits a day or two.” She has also put it in little cups and served it as an appetizer. She found the carrot recipe on internet and says it is a  good way to give the kids carrots. Her mom concocted the “sweet and savory” cornbread recipe, and the venison is an old recipe from a friend’s mom from the Delta, saying it may be served with candied sweet potatoes, wild rice, mushrooms and green salad, and that it makes an exotic touch for a beef roast.

The Millers hunt and fish a lot and they eat it, but she doesn’t fry. She likes to use Greek seasoning on fish and salmon. She also likes dill and butter on the salmon or use it to make fish tacos.
Husband Josh, Clay and Slade love her hamburger steak, to which she adds Italian seasoning, Parmesan cheese, bread crumbs and Tony Chachere’s.

She says she is not a baker, but for a work Christmas party at her house one year she made a multi-layer cake from a recipe she saw in a magazine. She said it was a challenge and was her first time to try a homemade cake. She was proud of it, but, “that’s not how I like to cook.”
Recently she made a pasta dish with chicken sausage and kale, tomatoes and homemade tomato sauce that she liked, and she would like to make homemade pasta to serve with her homemade sauces.