After college life from MS State to LSU, Candy Clanton (formerly of Calhoun City) was done with fast food, and began to re-create the cooking that she had observed for so many years.

She watched her mother, Epsya Clanton, and grandmother, Eunice Spencer Vance, cook meals every day, and for church dinners on the ground, for a lot of people. She grew up in the country on a working farm, where they “turned bounty into stuff you can take somewhere”–like dozens of apple pies. Candy now lives in New Orleans, where she has been teaching speech and mass communications for 22 years at Delgado 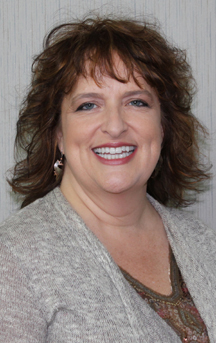 Community College. Little did she know that watching her mother and grandmother cook these big meals, that she was being prepped for what she was going to do in New Orleans.

Candy lives on a big Mardi Gras parade route (Endymion) which is a night parade the Saturday before Mardi Gras. From the first year, the party grew to 200 people. At her home, she usually had a huge pot of gumbo, red beans and rice outside on a propane fire, and chicken and sausage jambalaya. The guests would always bring the bread and King cake.

After 20 years, she has not participated for the past couple, but plans to start back. Candy got her New Orleans recipes from native New Orleanan cooks, but “she’s doctored them” and put her own touch to them. When she evacuated for Hurricane Katrina, she made sure her recipe box went with her.

In New Orleans her favorite food is crawfish etoufee at Delmonico’s, and white chocolate bread pudding and crawfish cheesecake at Palace Cafe. The ingredients for the Muffaletta Pasta Casserole “are the same ones used in a famous sandwich created in the New Orleans Italian community. Central Grocery on Decatur St. in New Orleans serves the best one, in my opinion,” she said.

Her favorite dishes here are her mother’s biscuits, roast beef and gravy with vegetables, and pork chops with tomato gravy. She also loves her mom’s chocolate chip pie recipe because you can mix the dry ingredients right into the pan where you melted everything and only have one dish to wash. “I also love the all-chocolate version. My mom always said I wasn’t a true Southern girl because I don’t like pecans!”

Blackeyed Pea Jambalaya
1 medium white onion, chopped
1 medium bell pepper, chopped
2 stalks celery, chopped
2 tsps. minced garlic
2 cans  black-eyed peas (I use Trappey’s brand and use one can regular and 1 can jalapeno)
3 bay leaves
¼ cup chopped Italian parsley
Bacon grease or olive oil
½ to 1 lb chopped sausage (any kind you like…hot or mild, smoked or not, turkey, beef, pork, Andouille)
4 cups cooked rice
Salt, black pepper, cayenne pepper, Tabasco sauce – all to taste
Heat grease or oil in a large pot or Dutch oven. Cook onion, bell pepper, celery and garlic till cooked down and onions are clear. Add both cans peas, undrained and the bay leaves and parsley. Cook down ‘til most of the liquid is gone but mixture is still moist (needs to be moist enough to accept the cooked rice and still be moist when rice is stirred in). Cook rice in a separate pot. When ready to cook rice, put the chopped sausage on top (this will not affect the cooking of the rice).  Add cooked rice and sausage to the pea mixture, add seasonings and stir.( This dish freezes well.  You may also substitute chicken for the sausage or use a combo of both.)

Crawfish Monica
1 lb crawfish tails, boiled and peeled (may use shrimp instead)
1 stick of butter (NO margarine!)
1 pint of half-and-half
¾ – 1 cup of chopped green onions, including tops
5-10 cloves of chopped garlic (to your taste) – hint: 1 clove = 1 tsp. chopped
Tony Chachere’s seasoning (or other Creole seasoning mix)
1 lb. cooked pasta (I prefer rotini as it “holds” the sauce in its corkscrews well)
Cook pasta according to directions. Drain and rinse.
Melt butter in large pot or Dutch oven. Saute onions