“Before my father, J.R. Penick Sr. died in 1996, I put together a recipe book for his Wood family members, whose ancestors are originally from Martin, Tn. (where their annual reunion is held,)” said Mary Sue Penick Wells of Vardaman. I received recipes from all over the U.S. and so much family history from each person that I included, along with what I had from my dad.”

“Two years ago I did the same for the Wells family. In each of these books I included a few pages of hints from my mother’s cookbook she received with her first Home Comfort wood burning stove in 1922,” she said. 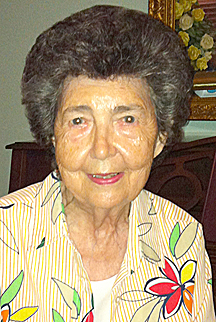 She did not learn to cook on one of these wood stoves because while growing up she did the house cleaning and ironing, and her older sister did the cooking. Once when her mother did tell her to make cornbread, she did so by instructing her to “use a handful of this and a handful of that!” No measurements were used, so Mrs. MarySue said she really did not cook until she and Bro. Billy married.

The recipes she submitted are ones she included in the “Wells Family Kitchens.” The Hot Dog appetizers are a favorite of her grandchildren and great-grands, and “the cornbread pie is one of my oldest recipes. I made this a lot when our four sons were still at home–instead of two cups of water, I sometimes two cups of home canned tomato juice,” she said. “I have several coconut cake recipes, but I like this one best. It is especially easy to make if you don’t have condensed milk on hand, and I use Splenda in place of sugar in the green bean casserole recipe.”

She says she has about 50 cookbooks, and her that her Bell’s is broken in two.
She has made a lot of dishes for a lot of church lunches– “I’ve done a lot of cooking!” The Midway Memorial is potluck and she usually makes casseroles for any church gatherings, saying that her casseroles are a favorite of Whit Casey.

She was 19 when she began teaching piano (and rhythm band and an octet) at Vardaman. She is now 81, and still plays a little piano and does a little cooking.

Hot Dog Appetizers
1-8 count pkg. jumbo hot dogs
1 lb. bacon, cut in half
1 cup brown sugar
Cut each hot dog into four pieces and wrap each piece in a half strip of bacon. Secure with toothpicks. place them in baking dish or foil roasting pan for easy cleanup. Sprinkle liberally with brown sugar. Bake at 375° for 20-30 minutes. Pour as much of the grease off as possible, turn them over and sprinkle again with sugar. Cook another 15-20 minutes or until bacon is cooked. Pour grease off as needed. Makes 32 appetizers.

Coconut Cake
1 white cake mix
1 cup sugar
1 cup milk
1/2-3/4 tsp. coconut extract
1 tub (8 oz.) Cool Whip
1 pkg. flaked coconut (I use 6 oz. frozen)
Bake cake mix as directed in  9×13 pan. While still hot, stick paring knife blade into cake in several places. In saucepan, heat sugar and milk to boiling, stirring constantly. Remove from heat and add coconut extract. Pour sauce over hot cake. (I sometimes add Splenda to the milk instead of sugar. Mix well and do not boil. Another recipe I have uses one can of Eagle  Brand condensed milk to pour over the hot cake.) Let cake cool. When cake is cool, spread Cool Whip mixed with half of coconut over cake. Sprinkle top with remainder of coconut. Refrigerate before serving.